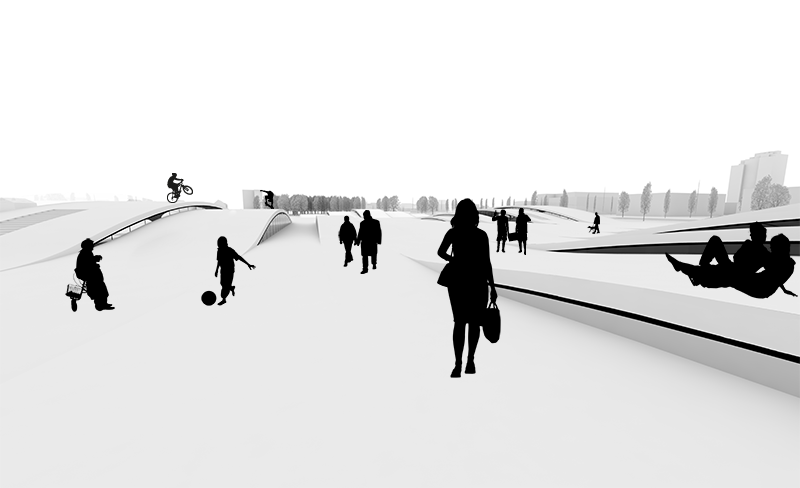 The task of the competition was the interconnection and revival of the district Osterholz-Tenever in Bremen.
The district is dominated by large housing estates from the 70iesgege which stand vis-à-vis to estate of terraced houses. Not only structural but also cultural differences are defining for the district.

With our plans there will be a new public space and center of attraction for overarching interaction. Through its indviduality and urban function it serves the potential for a point of identification for the whole district.
With its own architectural language the place is a neutral spot for communication and it extends the cultural supply. In the four buildings beneath the walkable concrete stripes you will find a media library, an international restaurant, a markethall and a youth center.